WHAT TO DO IF YOUR ADOLESCENT KEEPS BAD FRIENDS 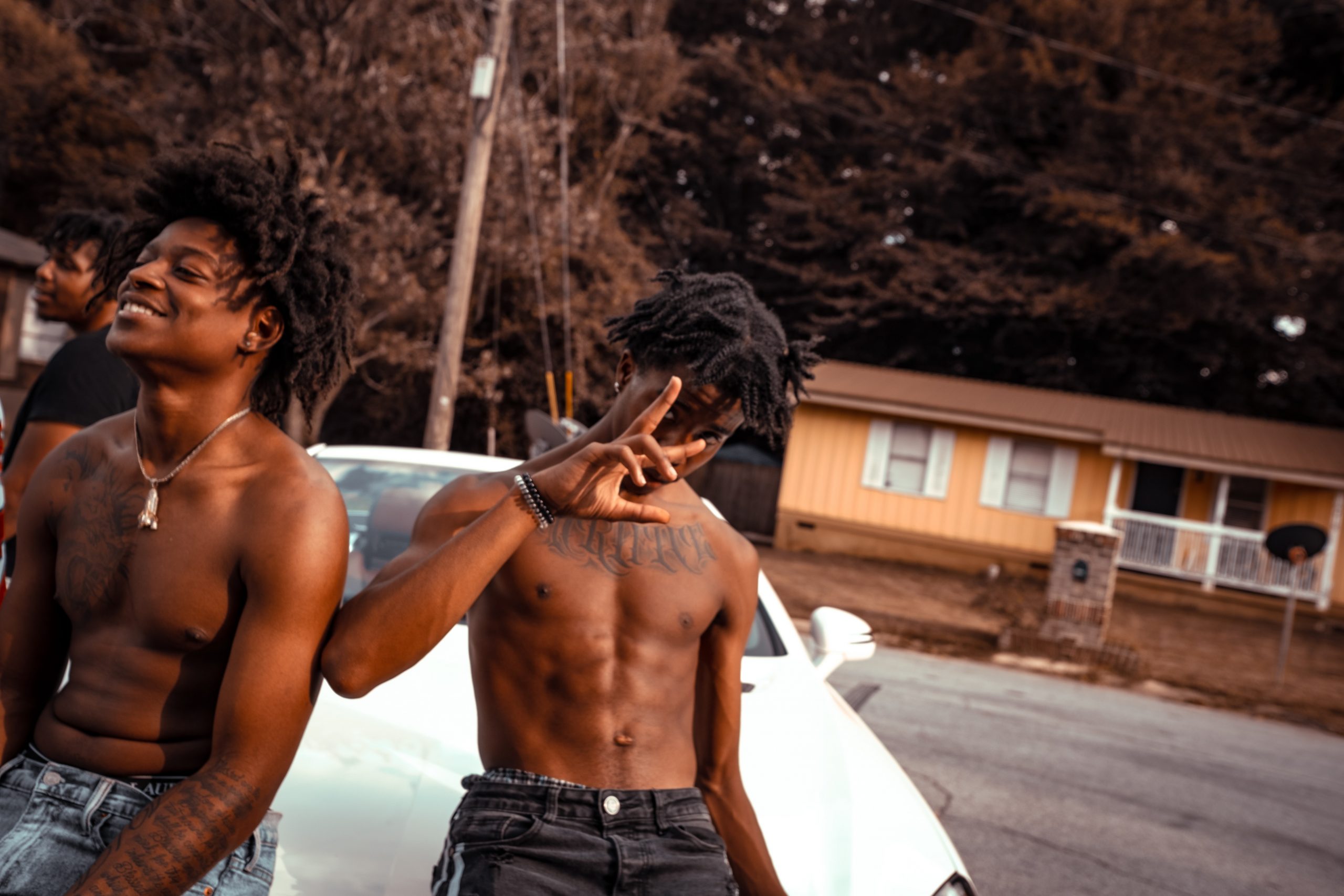 “So, what if Samson wears a durag? It doesn’t mean he’s a bad boy.”

“Why don’t you trust me? Amanda isn’t a bad friend.”

Bad friends are every parent’s nightmare. What should parents do if they notice that their adolescent is hanging out more with a peer whose values don’t seem in sync with their own? Is there ever a time when you should forbid your child from being with a particular friend? Absolutely! But don’t jump to this conclusion too quickly. First, you know that this will be more difficult to achieve with your older adolescent but not impossible and second, it’s perfectly okay for your adolescents to have different kinds of friends. In fact, we should encourage such relationships. Exposing our children to diversity is a big part of helping them broaden their horizons, develop tolerance and even empathy. It helps them learn new habits, develop new perspectives, and get along with others. More importantly, it gives them an opportunity to test the waters and make mistakes all under your guidance such that when they eventually move away from home particularly because of education, they are better judges of character. The trick here though for parents is to figure out when the other child’s values or lifestyle is really reckless, self-destructive, or totally inappropriate. Then a separation must ensue.

Something to Ponder: Could hanging around this peer damage your adolescent’s character, reputation, or health? Keep in mind that our adolescents are rarely “made bad” by another peer, but the friends our adolescents choose to hang around with sure can increase the odds that they may—or may not—get into trouble.

I have engaged a lot of teenagers with behaviour problems over the years and their parents definitely had issues with their friends. Interestingly, these parents complain that the reason their teens behave in that manner is because of the kind of friends he/she keeps. But my response is very simple, “That might be true, but what if the reason he hangs out with that group is that he’s similar to them? Might it be that the parents of those other teenagers are saying the same thing about your own teen?” Before we go on, let’s explore the depths of our hearts by asking ourselves a very truthful question. Is your concern really legitimate, or is it that this friend doesn’t measure up to your expectations? Not all our adolescents’ friends can be the “perfect” type or the “ever-studying” type or whatever your favourite type of friend is, so don’t expect to like all your adolescent’s friends. I am reminded of Stephanie whose father was a preacher and whose mama was a social worker. She surrounded herself with friends who had tattoos all over, tinted hairs, piercings and her parents were very very worked up about it. They were always having clashes and Stephanie would sometimes leave the house for hours after such episodes. Eventually, both parents decided that if they couldn’t get their daughter to change her friends maybe they could change their disposition towards her friends and actually get to know them. You’d be amazed at how powerful that simple decision turned out to be. 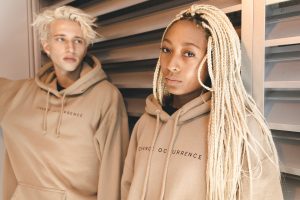 Adolescents are not very good judges of character, it’s why we must as parents stay on the lookout. However, we must not be overbearing or judgmental.

First, they realized that a major reason their daughter hung out with these guys was that they were hurting emotionally and she was showing them that love was strong enough to bring healing, a family value that had been taught her since she was a little girl. One of them had sought her dad’s love ever since she was little but never got it so she got into the wrong relationships that broke her and almost pushed her to suicide. That was when she met Stephanie. Another friend was abused by her uncle and when she told her parents, they beat her into silence saying that no one must ever know about it. After multiple assaults from this uncle, she ran away from home when she was just 14 and had to cater to herself ever since. Meeting Stephanie was a stabilizer for her. Yet another friend lost his parents in a car crash. He became withdrawn and helpless. He at some point became scared that he could lose the memory of his parents so he started drawing tattoos all over his body ever since he turned 16 as a way to remind himself of the pain of losing his family. In themselves, these friends were not bad people. They were broken people, though loving and protective of themselves. They were striving to become better humans if only others would give them a chance. Their way of expressing themselves might be questionable to many parents but they were all broken people who found friendship and love in a person and more importantly, a desire to become better versions of themselves. When Stephanie’s parents realized the bond that brought them all together, they wept. At that moment, they realized that their daughter truly upheld their family values, even when it wasn’t easy for her. They couldn’t have been more proud of their daughter. Research proves that the more you know your children’s friends—and they you—the less likely it is that your child will choose problem pals and engage in risky behaviours. So, let’s play a game, shall we? How many of these can you accurately answer? 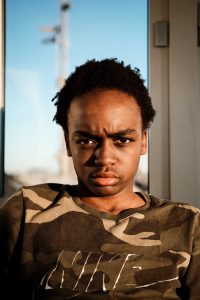 Some adolescents have poor social skills. Keeping ‘bad’ friends might just be their own way of filling that void. They need help

If you weren’t able to answer at least two of those questions above, then it’s time to get more involved in your adolescent’s social life so that you can boost your influence on his friendship choices because as you know peers have a strong influence on the behaviour of adolescents. In fact, some researchers have even suggested that parents exert virtually no influence on their children’s behaviour when they are adolescents — peers are seen as that much more important. However, Chris Knoester, lead author of the research study and assistant professor of sociology at Ohio State University found evidence that parents can act as architects of the friendship choices that their children make. So, you see the need to understand the process of friendship formation. You cannot do that without having answers to those questions above 😊. The case with Stephanie isn’t always the norm. What if you have established that this “friend” is not only a bad influence but also a danger to your adolescent’s safety or values if the relationship continues? Then it’s time to halt the friendship and teach habits that help your adolescent move on and make new friends. Here are a few skills to teach your adolescent to help him stand up to a troublesome pal.

It’s usually best to let your adolescent choose the ones he/she feels most comfortable with and then practice them over and over until they can finally be used in the real world.

A Story from a Parent: My fourteen-year-old befriended a peer who should have been nicknamed “Trouble”. I have no idea how they became friends but my son became involved in many troubling activities in school ranging from skipping classes to jumping over the fence for outings. I was sure that my son was well on his way to being a full-blown criminal simply because of the entrant of this boy into his life so, I changed him from being a boarding school student to a day student then enrolled him into a music school for after-school lessons. Ever since he was little, he had always had this knack for the piano so I figured it was about time he channelled his energy towards something more productive. He found two boys who shared his music passion, and they started a band. By that time the other ‘trouble friend’ faded from his life.

As parents, what’s the biggest thing you’re struggling with right now that I can help you with? You can leave your comments or send me a mail at TBOG@tsageandtbog.com. If you enjoyed reading this, don’t forget to share it with other parents.

← Prev: PUBERTY IN GIRLS; ALL YOU NEED TO KNOW Next: CAN AN ADOLECENT TRULY FALL IN LOVE? →