USING THE S.T.O.P. PRINCIPLE TO DEAL WITH UPSETTING SITUATIONS 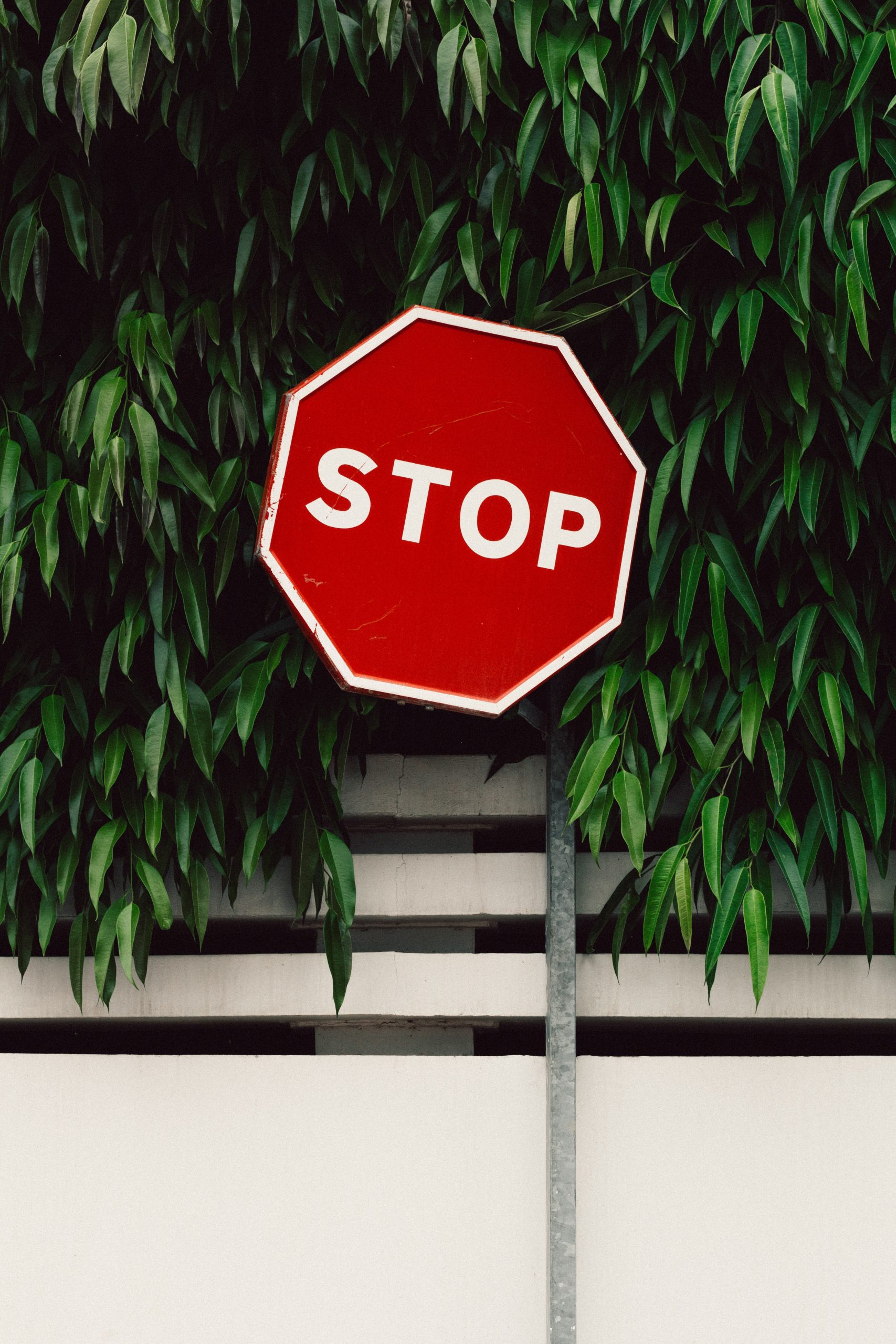 It had been a pretty hectic week for Mrs K, Helen’s mom. She ran two shifts and still had to pick up groceries before heading home. While in transit, she began to think about her other problems. The rent was almost due and her payment had been delayed due to an issue with her bank account. Everything that could go wrong was going wrong literally. Her daughter, Helen recently began to act up. She had been very defiant of late and they almost always ended the day with heavy confrontations where hurtful words were exchanged. She sighed as she put her key in the knob. Then, she got a call just as she was stepping into the house. It was from Helen’s class teacher. Helen had not been turning in assignments and the few she did turn in, her performance was woeful. She had a pending project due in two weeks, yet no draft had been submitted. This was totally unlike Helen so, her teacher decided to give her mom a call to clarify things. Of course, she thanked her daughter’s teacher for the information and ended the call. As she rushed to Helen’s room to give her a piece of her mind, she decided to practice the S.T.O.P. principle as she had learnt from one of our training sessions.

Life is full of twists and turns. Some days, it’s all exciting and other days it’s gloomy. What do you do when life decided to hand you the latter? Where everything that can go wrong is going wrong? How do you respond to such situations? The answer is simple, utilize the S.T.O.P. Principle. The S.T.O.P. principle is the acronym for 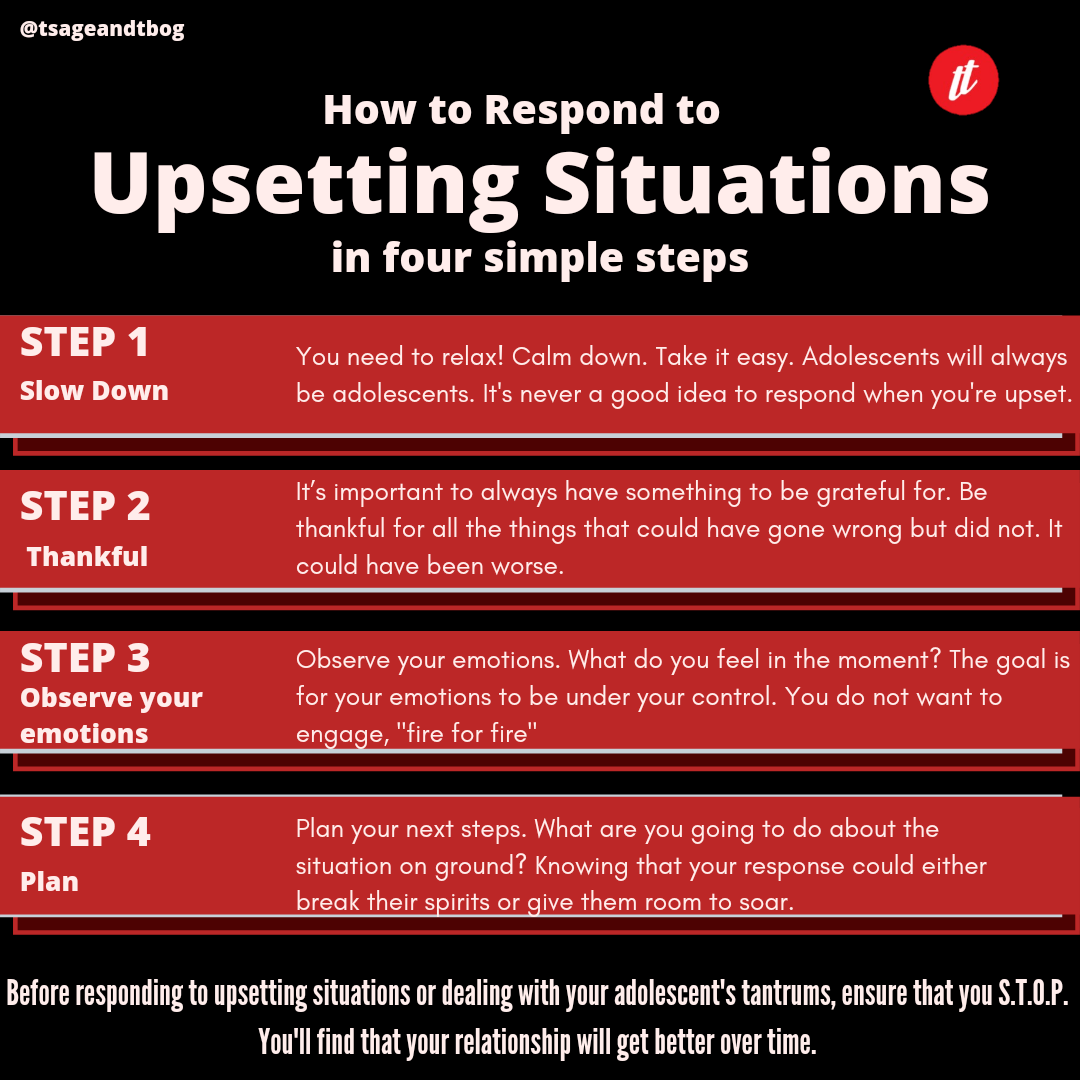 This is an important principle to adopt if you ever want to become an emotionally intelligent parent who is not ruled by emotions. When something happens that jolts you out of your comfort zone, the biological response is usually to react not respond. We define reacting as responding through emotions rather than logically thinking through situations (respond). When there is a trigger (or sensor), signals get to the amygdala first before the prefrontal cortex. The amygdala is the seat of emotions and it is responsible for every emotional reaction you give. When you transfer aggression to someone else, it is because you did not give your prefrontal cortex enough time to receive the signal before responding, hence, your reaction.

Helen’s mom held back and decided to slow (calm) down, which is the first step in STOP. She refused to let her amygdala control her so not immediately reacting gave her time to gather her thoughts. Now, this time interval will vary for different people depending on the severity of the situation and (most importantly) how well they’ve trained themselves to respond in a logical manner above emotional responses. When you engage the first S in the STOP principle, you could meditate, or count from one to ten in your mind or take a stroll (away from the object of stress) or listen to music. Just do something relaxing. I try to watch a movie if my situation permits.

After ensuring that you do not respond on impulse, the next step is to be thankful. Gratitude is a powerful calming mechanism It helps in the release of all your happy hormones. When you step into an aura of gratitude, your situation pales in comparison to the mountainous problem that was once before you. Gratitude infuses your heart with love. When you express gratitude, your brain releases dopamine and serotonin (they are the two crucial neurotransmitters responsible for your emotions), and they make you feel calm. They enhance your mood immediately, making you feel happy from the inside out!

When you are done practising the S and T, the next step is to observe your emotions. Are you calm enough to make a rational decision? If your answer is no, simply repeat the first two steps. But if your answer is yes, then it’s time to plan your next move. So, what did Helen’s mom do? She simply went back to her room to vent off her anger. When she was done, cool, calm and collected, she went back to engage Helen. They had such an intimate conversation and she found out that Helen had been depressed lately which was why she skipped assignments, had emotional meltdowns, among other things. If her mom had continued with the exchange of hurtful words during their ‘usual’ times of heated arguments, Helen would have become a suicidal victim thinking (wrongly) that no one loved her. This is the simple yet profound way the S.T.O.P. principle can make you not just an emotionally intelligent parent but an emotionally intelligent human.

If this article helped you in any way, do write to us at info@tsageandtbog.com and don’t forget to leave a comment 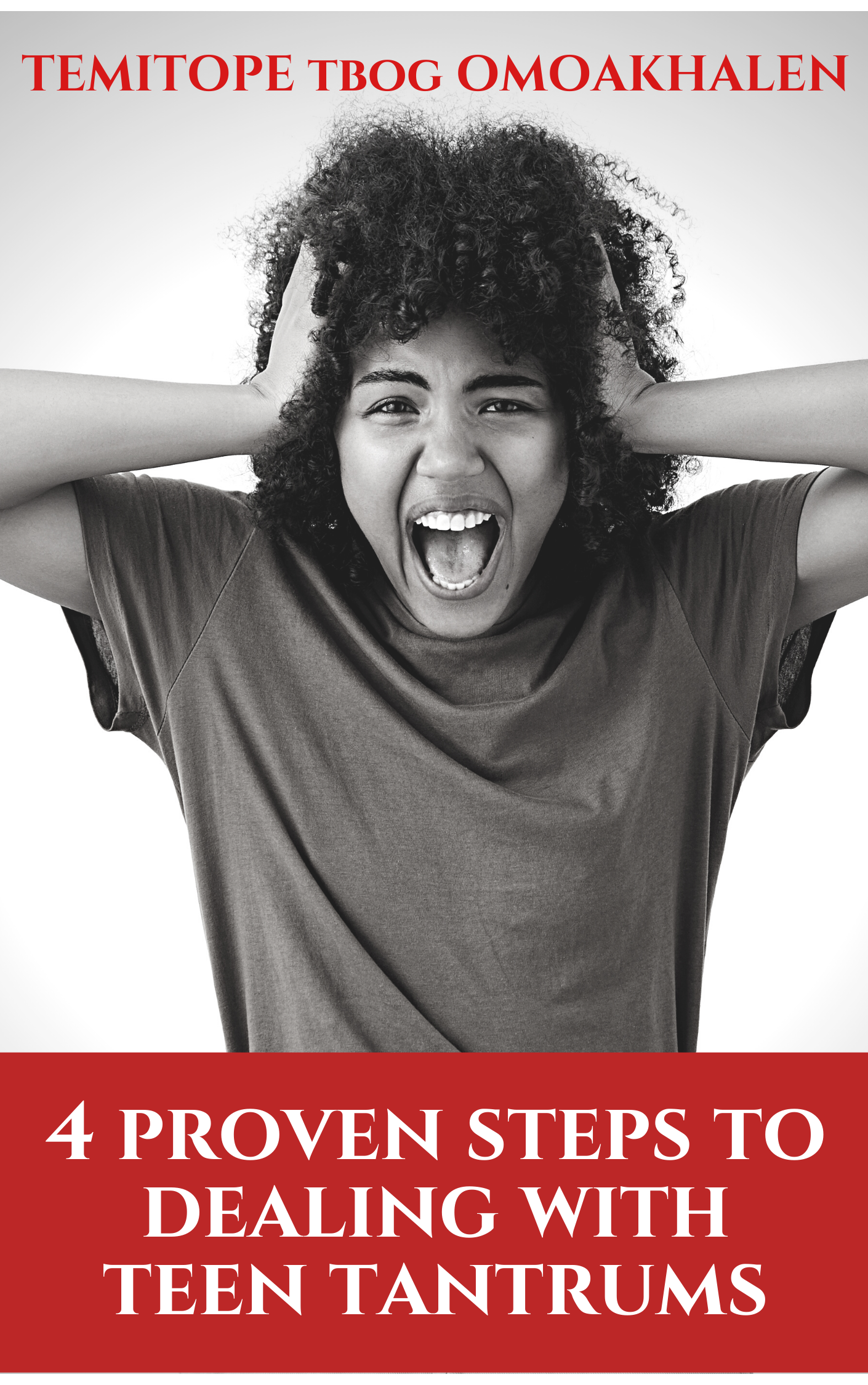 This free ebook teaches you the exact four-step strategy that THOUSANDS of parents have used to manage tantrums during adolescence.

← Prev: OBSERVATORY AWe-Q Test Next: ADOLESCENTS; WHY THEY ACT THE WAY THEY DO →