“I see no hope for the future of our people, if they’re dependent upon the frivolous youth of today. For certainly all youth are reckless beyond words. When I was young, we were taught to be discreet and be respectful of elders, but the present youth are exceedingly wise––otherwise known as disrespectful, and impatient of restraint.”

People have been complaining about adolescents for centuries. For example, adolescents can be a problem for the future of our culture if they continue the way they are. Parents worry about teen pregnancy, being disrespectful to their elders, and things like being unable to control their impulses. All of these things have been a conversation about adolescents apparently since the beginning of time. But we say to ourselves, “don’t worry, each generation turns out just fine” then these adolescents, in turn, complain about the coming generation once they attain parenthood. The cycle continues. It is partly true that each generation turns out right. In the sense that each generation complains about the next but somehow, they find their footing. But there has been an obvious decline in outcomes over the decades. Our adolescents are no longer turning out fine! A publication from the American Psychological Association among others sounds the alarm over the significant increase in mental health issues among adolescents in the past decade. It is no longer okay to assume your adolescents will mysteriously turn out fine with time. Time does not heal, time only reveals. In the same way that we do not assume that an injury will turn out fine without adequate care since it could become gangrenous, so also should we end the assumption that we can be erratic with our parenting and hope for the best. Because in the end, they do not turn out fine! 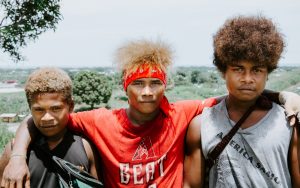 So, what is adolescence exactly – how do we define it?

We can look at it chronologically, basically just an age which people tend to define as the teenage years between 13 and 19. You can also look at it biologically, using physical markers or physical changes to mark the onset and offset of adolescence. For biological definitions, it starts at the pre-pubertal height spurt, which precedes puberty and ends when people reach full reproductive maturity, which would be around 15-18 years. Or, you can define adolescence in terms of society. The sociological definition would be the timeline between the onset of puberty, the biological markers of puberty, and ends when adolescents assume adult responsibilities. That would be things like leaving home, being able to support themselves, maybe owning a house or a car, or having children, maybe having a job, all of those kinds of things. Some of these definitions can be fairly narrow in time.

The chronological timespan is just six years, but if you take the sociological definition, adolescence could be considered to be 10 or 15 years. For example, if a child doesn’t leave home and take on adult responsibilities until they are around 27 years old.

Puberty is usually an awkward time for our little humans. As parents, we should never forget what it was like for us. It’s what makes us empathic towards the confusion they many times are unable to verbalize. The only saving grace during this weird time is the fact that we must all suffer through it. Somehow, we have to work out a way to come to grips with all the physical changes – and that’s the first task adolescents have to deal with. Puberty alters body size, shape and functioning.

I remember my adolescence; I was growing so fast that people found it difficult to believe that I was just twelve years old. I was around 168cm in high school, that’s quite tall for a 12-year old. I was always embarrassed when I stood among my peers because I always stood out! Some of these changes, particularly growth spurts, can happen so rapidly that it’s uncomfortable for children. And on top of that, they have to figure out how to control and move around in a body that is getting very tall and has change proportions.

Adolescents have a lot to deal with. There are a lot of changes that happen during that period, and they have many things to master before they can go on to be adults. One of the things that adolescents have is to come to grips with is all the physical changes that are happening to them—it’s easy for adults to forget how weird it can be when you’re in the middle of it. They also have to find their own adult identities—some sort of identity that they’ll take on as an adult that’s separate from who they were as a child, separate from their parents. They have to learn to manage their emotions and grow their moral inner compass. Finally, they just have to learn to simply to survive. It turns out to be a little bit more difficult than you would think.