DEALING WITH A NARCISSISTIC BOSS; All You Need To Know 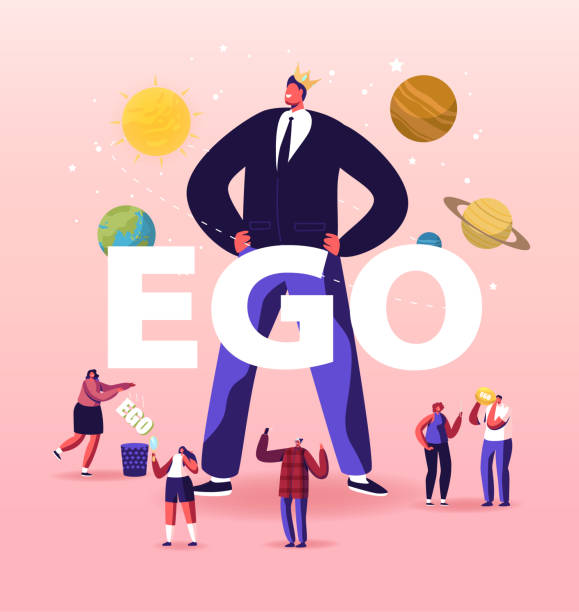 After identifying a narcissistic colleague and putting measures in place to protect yourself from their bad energy, what do you do when the narcissism is not projected from a colleague but from your boss? This is an important conversation to have because practically everyone has either worked for a narcissistic boss or been exposed to one in some capacity therefore, the smarter you become about your narcissistic boss, the less power your boss will have.

All of the traits of narcissism listed when we spoke about the narcissistic employee holds true for the narcissistic boss. A narcissistic boss spends a tremendous amount of time thinking about achieving power, influence, and success. As a result, they tend to lie and exaggerate the truth to feel self-important. But that is not even the biggest challenge with working with these bosses. The biggest problem with having a narcissistic boss is that they never ever feel that they’re the problem. If anything, they tend to have their default scapegoats, or they may pick employees seemingly at random to be tagged with the blame when something goes wrong.

If you’re dealing with a narcissistic boss, you basically have only two choices: you either quit and get another job or you stay and deal with it. And if you choose to stay, the only way to deal is not to try to change your boss but instead to change yourself and the way you respond. You literally can take power from a narcissistic boss if you do these things:

Set a firm boundary wherever you need one and stick to it. A narcissistic boss will test your boundaries and observe how true you stay to them. Remember, boundaries aren’t meant to control others; they’re a guideline for you to know what is and isn’t acceptable. Boundaries are a part of self-care–they’re healthy, normal, and often necessary. Don’t be afraid to set clear boundaries.

2. Don’t allow them to get under your skin.

Just like bullies, narcissists thrive on getting a rise out of someone–especially someone they feel they have power over. The most painful response you can ever give a narcissist is to let them see that their attempts to goad you, shame you, call you out, embarrass you and humiliate you, did not get under your skin. Use emotional intelligence to manage your thoughts and actions. And remember that any cruel behaviour and words reflect badly on the narcissist, not you.

A narcissistic boss has a constant need to be admired by others. So refuse to feed that beast. It’s good to understand that bad behaviour comes from insecurity and that the more your narcissistic boss acts out, the more insecure they truly are. But it’s just as important to remember that the more you feed the bad behaviour the worse it will become. Narcissists surround themselves with only two types of people: those who enable them and those who bite their tongue. Anyone who doesn’t fit into one of these two categories will certainly be fired or banished–and, if the narcissist has their way, manipulated into thinking it was actually their own fault. Don’t fall into that trap.

“Everything you say can and will be used against you”, that’s something you always want to remember when dealing with a narcissist. The last thing you want to do is argue with a narcissistic boss. Don’t argue or engage but instead make them invisible–that’s the last thing a narcissist wants seeing that they thrive on attention. It’s impossible to argue with someone who’s willing to distort the truth to suit their own agenda–the best you can do is to take away their power by making them unimportant and invisible.

Narcissists will always portray themselves as victims who are innocent in all aspects. They’re masters at reworking the truth to suit their agenda and their manipulative tendencies make these distorted truths seem like the actual truth. Therefore, hold the words of a narcissist with a pinch of salt until you have personally fact-checked. When the truth offends them–which is often–they’re quick to exchange it for lies and half-truths. If you’re dealing with a narcissistic boss, be ready to do a lot of checking up.

Stay focused on what’s important and do your best not to get provoked. Narcissists thrive on provoking people and then blaming them for the fight. Stay cool and disengaged and refuse to be swept up by the wave of dysfunction. It’s never going to be easy working with a narcissist. Often the wisest thing to do is just walk away–but when that’s not possible, remember that you’re at least gaining valuable experience in dealing with one of the most difficult personalities you’re ever likely to encounter.

We hope this helped you. If it did, feel free to share with your loved ones and drop a comment for us as well.

← Prev: DEALING WITH A NARCISSISTIC COLLEAGUE; How to Manage Narcissistic Personality Disorder. Next: WORK-LIFE BALANCE; A MYTH? →