CAN AN ADOLECENT TRULY FALL IN LOVE? 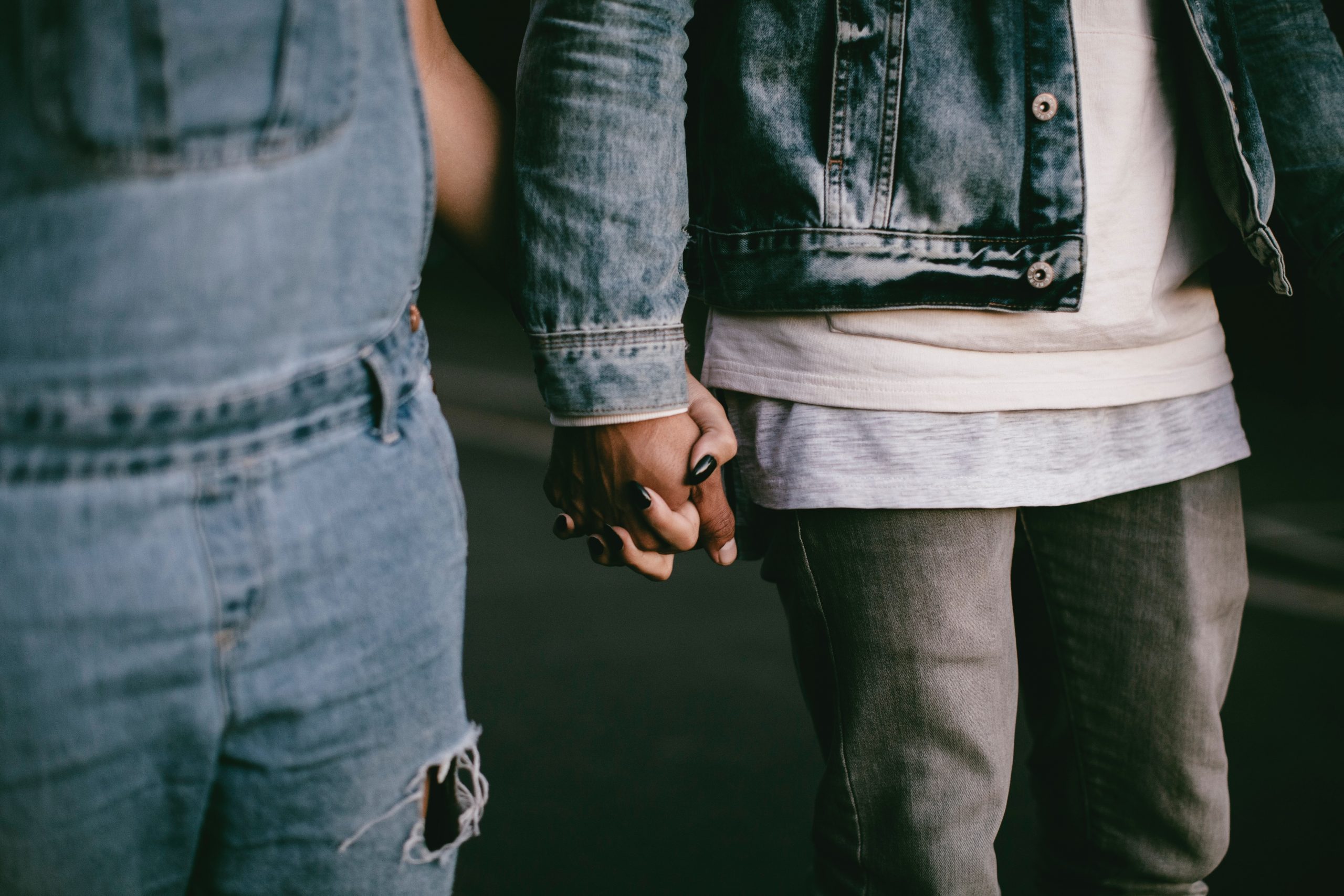 “The other day, I found my 14-year-old snooping around the house looking for a secluded place. I pretended as though I didn’t notice and then when he thought no one was paying any attention to him, he settled down to make a call. As I listened, I realized that he was in a relationship with a classmate of his and they were proclaiming their love to each other. I had told him not to ever think about dating until he was 18 but here he was, already with a girlfriend. I don’t know whether to be furious or stay patient until their emotions fizzle out. My only problem is that I feel that my boy could get hurt or she could get hurt too”

Teenage Love And Their Maturing Brain

It has been suggested that the adolescent brain is a work in progress, with certain parts maturing faster than others and leading to potential mismatches in physical, emotional, and cognitive development.

Some consider the adolescent brain a continuing process of development, with certain parts maturing more rapidly than others, leading to possible mismatches in emotional, physical, and cognitive development. With all of these going on, it makes a lot of sense to make your adolescent wait until late teens or early tweens before pursuing a relationship. Despite this, we must not dismiss teenage relationships as unreliable or incapable of standing the test of time. This belief is not entirely valid. My grandfather married my grandmother as teenagers and they were together until my grandma’s death. Even though the average age of marriage has consistently risen over the last few generations, that doesn’t mean that teenage love isn’t real. Does this mean I endorse teenage relationships? No, not at all. Although it may not be so simple. 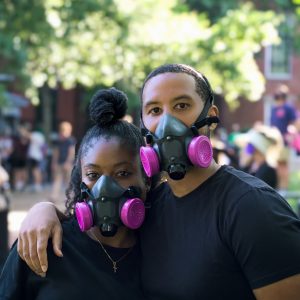 There is no guarantee that teenage love will last or not because not all teenagers can transcend hormonal interactions to decide whether their ‘feelings of love’ will persist through to a ‘decision of love’. Feelings fade and can be completely dependent on circumstances, hormones and many other external factors. But a love that withstands the test of time is very intrinsic.

As adolescents undergo a period of transition, incongruities in adult appearance, sexual drive as a result of fluctuating hormones, and brain development necessary to make mature decisions and self-regulate become apparent. Naturally, this is in part due to the fact that the prefrontal cortex, the part of the brain responsible for logical thinking, is one of the last areas of the brain to fully mature. This leaves the adolescent to run fully on the emotional part of the brain, their amygdala, in decision making. The implication of this is that adolescence becomes characterized by a heightened possibility of risk-taking and poor decision-making especially in ‘reward sensitive environments where the temptations of immediate feel-good experiences are high, as experienced in romantic and sexual situations. All of which is a resultant effect of the diminished prefrontal cortical control.

Some of the reasons we encourage adolescents to wait till their early 20s before committing to a relationship among others are basically because adolescents do not (many times) interpret body language accurately [this is also because of the adolescent brain changes] so the possibility exists that some teenagers can be more accepting of unhealthy situations, for example interpreting jealousy and overly possessive behaviours as reflections of love. Researchers also found that adolescents are more susceptible to abuse and violence within their romantic relationships or to unwanted or coerced sexual behaviour. This is because they’re still working on discerning genuineness from phonies. 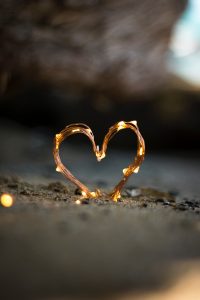 The first relationships that many teenagers experience is referred to as puppy love or a crush. This is because more often than not, the attraction to the other person is purely physical. There is excitement and energy in the relationship. The feelings are surface level and do not go deeper than that. It is a relationship that is based purely on feelings. This obviously cannot be called love. As parents, you know experientially that the butterflies in the stomach sometimes die but what keeps you going is that decision to love regardless and honour your commitment up until the butterflies return all over again. Many teenagers have not sustained an ability to look beyond feelings. So, when the connection fades, the relationship ends.

Can An Adolescent Truly Fall In Love?

There is a simple yet complex answer to this question. Adolescent love can last. I personally know a couple that began dating since high school. They’re married and have grown up children some of whom are also married and they’re still going on strong decades later! Despite the difficulties in any romantic relationship, teenage relationships seem to face challenges that are usually not present in adult relationships. For example, adults are more likely to be in relationships when they are in a phase of life that gives them stability either financially, occupationally or intellectually. When teenagers/adolescents start relationships, on the other hand, it’s often while they’re in school. They are going to face a trying time as graduation approaches. When teenagers or adolescents are in serious relationships, they get to a point where they need to decide whether they will end their relationship when they go off to university or figure out ways to make it work. This is because graduation marks a significant transition in every high school student’s life. Adding a relationship to the mix can make it even more difficult. This is often the point at which many relationships die since teenagers tend to want to see what will happen in their next phase of life. 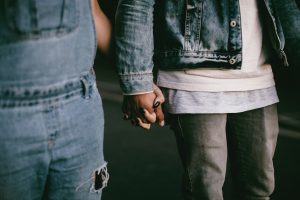 Can an adolescent truly fall in love?

Let’s take a look at the concept of dating…

Dating can be seen from two perspectives. The first being that teenagers may date out of a need to simply have a good time or have fun or just the desire to want to hang out with someone else. They aren’t necessarily looking to commit, and they may end up dating several people at once. This is often the case and it is why many teenage relationships do not last. The second possibility is that a teenager may be dating to find their perfect life partner. When adolescents have this mindset, they’re careful about the people they choose to date because they’re looking for someone specific. A lot of people call this courting. Whatever it’s called, this is usually the type of relationship I encourage any adolescent to go into. This is because there is an increase in divorce rates globally and at TSAGEandTBOG Consult, we strongly believe that it has its roots in the mindset adolescents develop while dating. Adolescents are in a phase of personality shaping and identity consolidation. When they train themselves to ‘lack’ self-control all in the name of having fun and flowing with whatever feelings come, they unintentionally train themselves the art of bolting at the slightest sign of a challenge. The relationship will end when naturally occurring conflicts and challenges occur if the adolescent is only interested in having a good time. They may have feelings of love, but it’s not true love. However, if they’re looking to find a partner, then they may be able to transform their feelings of infatuation into feelings of love. But for an adolescent to want this, there are certain criteria that we encourage that they must meet. 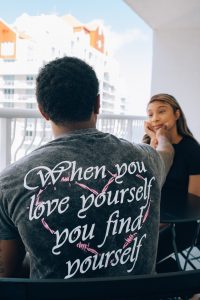 Adolescents need to find themselves before they find love

It is possible for both partners to discover their identities in a relationship when both parties are committed to growing together. This journey can bring them closer together. These two criteria highlighted above are among the most important because adolescents who pair up may become too exclusive, excluding themselves from social networks as well as friend groups in ways that hinder optimal development. If a teen restricts their development for personal reasons through a partnership that makes unhealthy choices or through early, unplanned parenthood, they may find that identity formation is greatly compromised.

A Message To Parents of Teenagers 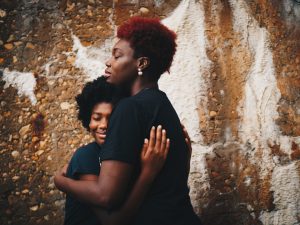 Teenage love is usually a resultant effect of a rush of hormones that accompanies adolescence but in spite of this, do not disregard their emotions. It’s as real.

It is quite scary to discover your teenager in a romantic relationship after expressly instructing them to focus on their education and other capacity-building endeavours only to find out that your words were not heeded. If you’re in this dilemma then here are a few suggestions you want to embrace: 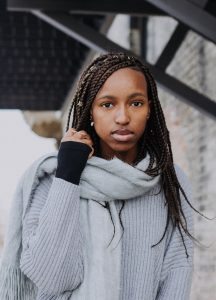 It’s best not to date for fun. Date with purpose

Tips for Teenagers in Love

Relationships can be challenging. If you’re just dating for fun, then I advise that you don’t because you could hurt someone else in ways that they could spend a lifetime healing from. You could also teach yourself in the process not to be resilient when the time comes for a serious relationship. However, if you’re serious about the other person, there are a few things that you need to remember, particularly if you want it to last:

In summary, adolescent romantic relationships – with all their ups and downs – have the capacity to be growth-promoting, confidence-boosting and healthy experiences that teach young people about the give and take of intimacy. But they more often than not also provide traps for these youngsters. While it is impossible to shield our adolescents from all the hurts and disappointments life can throw their way, there are factors that limit their chances of serious harm from toxic relationships or distressing breakups. Encouraging them to stall on getting into a relationship too early is one of these ways, in order to focus more on self-discovery and capacity-building.

← Prev: WHAT TO DO IF YOUR ADOLESCENT KEEPS BAD FRIENDS Next: 5 TIPS FOR PARENTING TEENAGERS →